If It Ain't Broke, You Can't Get Something Better

Now, I'm not a sentimental person by any means, but when my electric burner broke, I was really bummed. Not just because it was my main source of heating food, but it was from a good friend. Yonit had stayed with me last summer. She was one of my favorite people in D.C., and having her here with me in my new home, right after moving here was really important for me. It helped with the transition from life in the 'Old Country' to this beautiful, crazy new land. As a proud anti-hoarder, I don't have so many things associated with people or places, so the burner served two functions: making scrambled eggs and reminding me of my friends back 'home'. Friends who still think about me. It's a reminder I still exist there. It's important when existence here is so ... existential.

After having already used the burner to fry up some eggs for breakfast, I set about turning some overripe peaches into compote. I turned the dial and waited for the light to turn on. About three days after I received my present, all markings about on/off high/low had mysteriously vanished, resulting in an often haphazard heating system. My default was to always turn the dial to the highest setting and hope the food cooked before it burned. This time, nothing happened. I tried alternating between the extremes on both ends, but no matter what, the light wouldn't go on and the burner wouldn't get warm. On the one hand, I was mad. I had all these skinned peaches turning brown - how dare this contraption dare to thwart my compoting! On the other hand, I was relieved this happened today, and not two days ago when I was cooking for 8 people on Pesach.

I soon settled on a third emotion - excitement. Since this thing was broken, I was going to smash it. I will admit, I enjoy a good demolition derby or other excuse for things to crash, smash, and otherwise needlessly break. I know it doesn't fit in with my persona as a conservationist, but nobody's perfect. I gleefully shared my plan with some friends in my home later that evening. One asked if she could be there for the smashing, the other looked at me concerned and asked if he could at least try to fix it.  I was embarrassed I hadn't even considered that as an option, and bashfully brought out my toolbox.

Ultimately, it couldn't be fixed.

The next morning, determined to eat something hot, I relented and boiled some eggs in the kumkum. This was depressing. Here I am - 31 and too broke to buy a new stovetop. Cooking eggs in a hotpot. I felt like Milhouse's dad from the Simpsons, who has to result to pathetically thawing hotdogs in a gas station bathroom for sustenance. I decided to take my pity party to the internet and posted on the Jerusalem offer/wanted listserv my sad state. I had previously requested objects here with varying degrees of success: two folding chairs but no needed folding table, free fleishig silverware, but no interest in my bags of women's clothing.

Thirteen minutes later I had an offer in my inbox - a woman from Beitar with a double burner, just sitting in her closet. The only catch was I had to get it in the next three days. I was overjoyed. For 24 shekels in bus fare I was going to get a new - better - stovetop, worth ten times as much.

After a brief adventure to the Gush to retrieve my new present, I gingerly put it on my counter and began to inspect it. It was practically brand new and would make cooking for Shabbat much faster. I couldn't believe my luck. I slowly started to realize that the new stovetop was smiling at me, and I began to smile back. Sure, you can say humans are just narcissistic and see faces in everything, but this was more than that. This smile was my frown from three days ago turned upside down. I had wanted that original stovetop. It worked fine, I had it for a while, and it came with fond memories. I was angry when it let me down by breaking, so much that I wanted to break it (side note, I regained my senses and left it intact next to the dumpster). If you had told me that in its place I would get something better, I probably would have handled my emotions better - but we don't have the benefit of hindsight during events. I felt a little foolish, but ultimately grateful for the whole experience. How often in such a short period of time do we get such a mussar lesson: sometimes, we need things to 'break' or otherwise leave us in order to make room for something bigger and better. At the time it's painful and upsetting and we want to cling to it, or lash out at it, to no avail. It's only if we can let go with grace that our hands can be open to receive something else. Whether it's a job, a relationship, or a kitchen appliance, the end of what we have can be the beginning of something better.

Now, if you'll excuse me, I'm off to make scrambled AND hard boiled eggs at the same time. 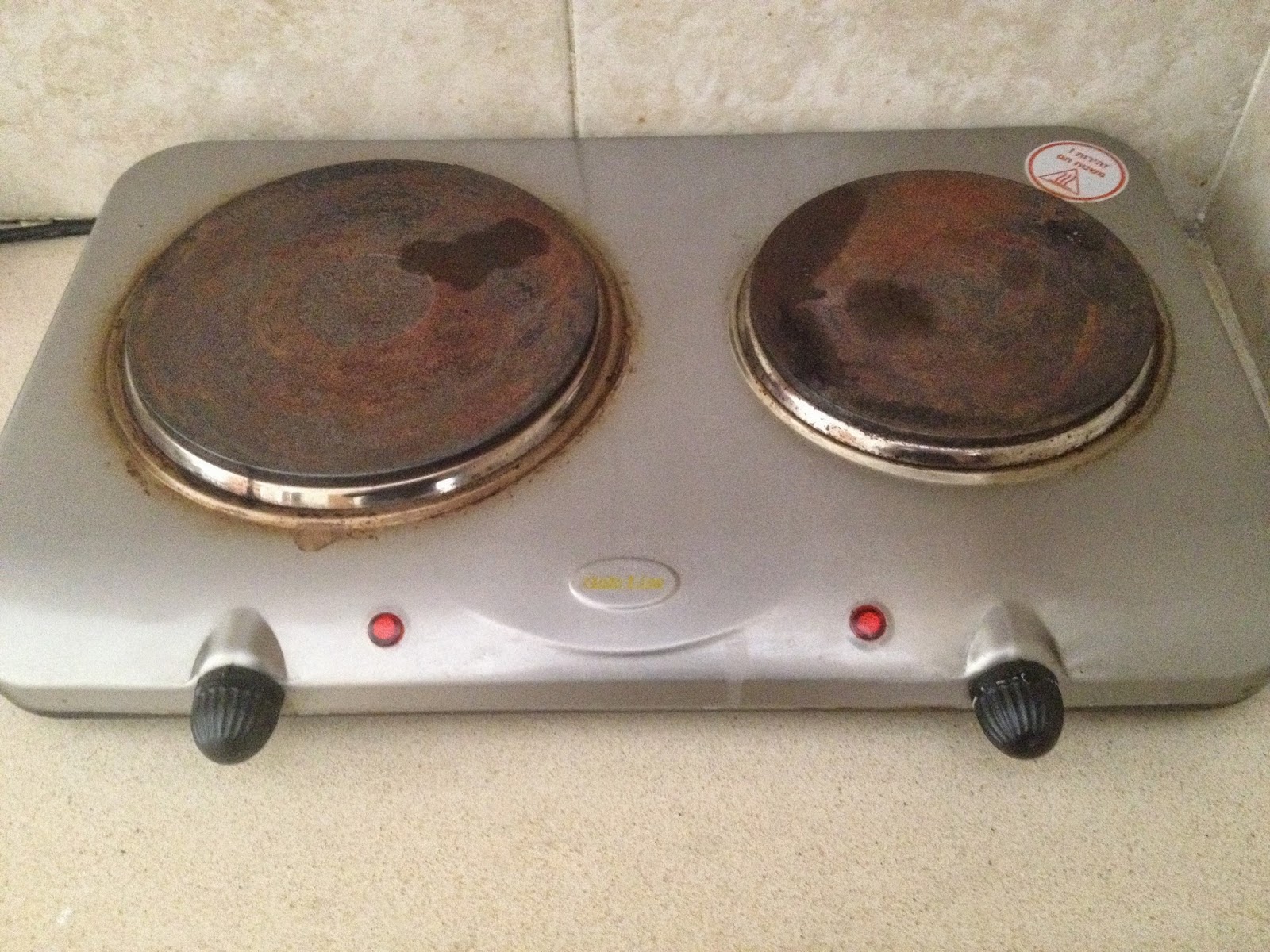 Email ThisBlogThis!Share to TwitterShare to FacebookShare to Pinterest
Labels: mussar